We have 5 guests and no members online 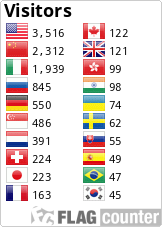 Propagation of Galactic Cosmic Rays through the Heliosphere with HelMod: the Treatment of Solar Modulation

Welcome to the HelMod Website, an ASIF (ASI Supported Irradiation Facilities) related website. In these pages, you can find information about the Solar Modulation Model for the propagation of Galactic Cosmic Rays through the Heliosphere from the Heliopause down to Earth.

As advertised on the GALPROP website, HelMod website can be used as a service package to seamlessly calculate the effects of the heliospheric modulation for GALPROP output files.

HelMod is a 2D Monte Carlo model to simulate the solar modulation of galactic cosmic rays. The model is based on the Parker transport equation which contains diffusion, convection, particle drift and energy loss. Following the evolution of the solar activity in time, we are able to modulate the local interstellar spectra (LIS) of cosmic ray species, assuming their isotropy beyond the termination shock, down to the Earth's location inside the heliosphere.

The current HelMod Version is the result of a continuous development since 1998 (Monte-Carlo approach to Galactic Cosmic Ray propagation in the Heliosphere, Nucl. Phys B-Proc Sup). The latest review on HelMod was published in 2018 (Propagation of Cosmic Rays in Heliosphere: the HelMod Model. Adv. Space Res. 62(10):2859 - 2879, 2018)

In the present website version, a solar modulation calculator is available for Cosmic Rays experiments carried out during solar Cycle 23 and 24.

In the 2D-HelMod code version 1 was implemented the standard Parker field with modification in the polar region, the dependence on the particle drift, the Solar Wind description revisited for high and low activity periods, the Heliosphere divided in regions related to spatial propagation of turbulence from Sun, and, finally, it was introduced the possibility to evaluate solar modulation for electrons and positrons.

From version 3.0 The numerical scheme was revisited and a backward-in-time approach was adopted. The rigidity dependence of parallel diffusion coefficient revisited according to PAMELA and AMS-02 data. Introduced the possibility of evaluating solar modulation of ions. Developed an additional python module to link GALPROP LIS (and plain text file) with HelMod results.

From version 3.2 A systematic cross-check between Solar Modulator and Online Calculator was performed for proton, antiproton and helium.

From version 3.4 Online version is aligned with the published model in Boschini et al 2017. and the Solar Modulator for Ions is available.

In HelMod, from version 3.5.0 it is implemented a forecasting capability for protons and ions fluxes, which will result in a better GCR flux estimation for future space missions (e.g., see asif website).

From version 4.0 the time-dependent Termination Shock and Heliopause is included in the model.

Relevant result pictures from HelMod publications can be found on the Results page.